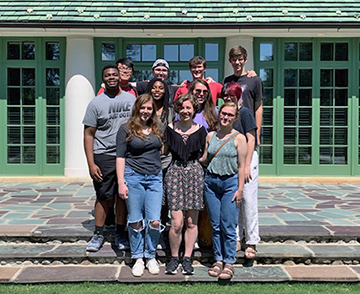 The Class of 2023 Reynolds Scholars and Class of ‘55 Scholars at the Reynolda House.

Class of ‘55 Scholars participate in programming and mentoring coordinated through Lloyd International Honors College to build community, plan and execute their community service and internship experiences, and develop plans for a rounded and meaningful undergraduate experience. 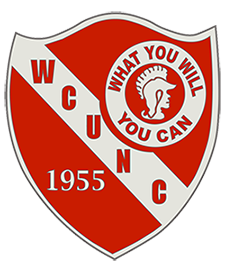 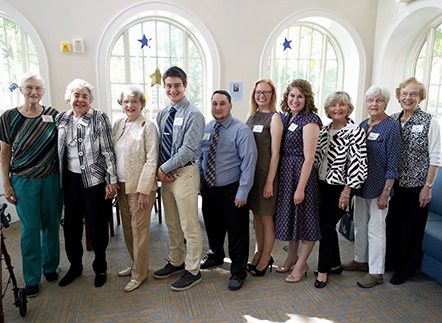 The Class of ‘55 of the Woman’s College of the University of North Carolina, now the University of North Carolina at Greensboro, established the Class of ‘55 Merit Scholarship on their 50th graduation anniversary in 2005 to recognize high-achieving students who share the same drive and dedication to their education and community that the Class of ‘55 is renowned for. The Class of ‘55 strove to be the forefront of change, managing to make various enhancements to their curriculum their senior year by updating chemistry requirements, making philosophy and ethics available to underclassmen, opening statistics to non-math majors, and so much more.

Class representatives Mary-Owens Bell Fitzgerald, chair of the 1955 Class Gift Committee, and Deanie Chatham Calaway, Everlasting Class President, served as the co-signatories for the establishment of the scholarship.

Three years later, the committee agreed to allocate funds from the class endowment to provide a $2,500 stipend for study abroad and a $1,250 stipend for an internship for the Class of ‘55 scholars to use. In 2015, new President of the Class of ‘55 Josie Okey Phillips and Class of ‘55 Class Gift Committee Chair Mary-Owens Bell Fitzgerald signed a resolution to recognize and appreciate fellow alumna Joan Hammond McHale, who bequeathed $250,000 in her will to officially endow the study abroad stipend for future Class of ‘55 Scholars. Joan’s bequest was a surprise; she was living in New York and working at Newsweek as an editorial assistant for Kenneth Auchincloss. In retirement, she turned to writing, publishing illustrated children’s books as well as two plays off-Broadway in the ‘90s.

Copyright © 2023. UNC Greensboro. All rights reserved. | If you have a disability and are having trouble accessing information on this website or need materials in an alternate format contact smparke3@uncg.edu for assistance.