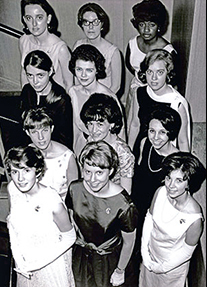 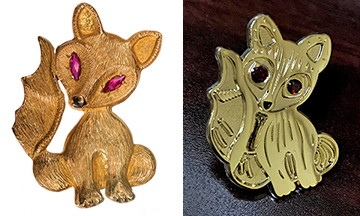 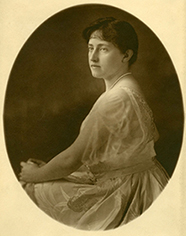 The University of North Carolina at Greensboro has a simple motto: “Service.” No one better exemplified it than Katharine Smith Reynolds. A student of the State Normal and Industrial College (later UNCG), in 1897, Katharine was unable to finish her education due to a typhoid epidemic. She completed her bachelor’s degree at Sullins College in Bristol, Virginia.

North Carolina was her home, however, and upon her return, she dedicated her life to the betterment of others. Katharine convinced her husband, Richard J. (R.J.) Reynolds, not only to shorten the work week at his company, R.J. Reynolds Tobacco, but also to offer medical care, cafeterias, day care, and housing to his employees.

At their home, Reynolda, she established a model school for her own and her state staff’s children; when she learned that many of her staff could not read or write themselves, she established a night school specifically for them. She even purchased and renovated a hostel to become a boarding house for girls and women who came to the city to work, so that they would have a safe place to live and rest at the end of the day. 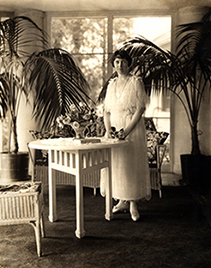 In her community of Winston-Salem, she founded the YWCA and the Junior League, and she made possible the construction of Reynolds High School and Reynolds Auditorium.

Katharine Smith Reynolds believed in helping others, by empowering through education and in cherishing others’ families as much as her own. The service she extended to her community continues to inspire UNCG’s students, especially those Reynolds Scholars who seek to live up to her name.

Learn more about Katharine Smith Reynolds, her family, and her home:

Copyright © 2023. UNC Greensboro. All rights reserved. | If you have a disability and are having trouble accessing information on this website or need materials in an alternate format contact smparke3@uncg.edu for assistance.